Mario Cananzi obtained his Master’s Degree in Industrial Design from the Domus Academy in Milan in 1989. He works with Edra, Vittorio Bonacina, Sawaya & Moroni, Punt Mobles, Boing. Has been working with international firms such as Piaggio, Bimota, Aprilia, Yamaha and KTM in motorcycle design. He is a consultant for commercial space projects for firms in the fashion field. Among other awards, in 1992 he won the Forum Design Prize at the furniture exhibition in Milan for his armchair “Quadronda” produced by Vittorio Bonacina & C. In 1993 he won the “Top Ten” Prize for his sofa “Tatlin” produced by Edra at Cologne Furniture Exhibition. Roberto Semprinihe joined the Bolidismo expresses the design in a symbolic and synthesis of a concept of speed elettronica in 1987. In 1994, with the table “Manta” for Fiam is among the winners of the Young & Design. Its products are part of the permanent collection of the Montreal Museum of Decorative Arts in Canada and the New Museum of Design in London.  In 2007 he was invited by the Seoul Living Design Fair (Korea) to exhibit “The house Italian / Korean.” He has collaborated with numerous design firms like Fiam, Moroso, Alivar, Rede Guzzini, Edra, Ciacci, RSVP, Arredaesse, Sicis, Slide, Trivellini, Contempo, Ciacci Kreaty, Larms, Spaus, Ad Hoc, MB, Trend Group, Frighetto, Dilmos, Adrenaline, Morfeus, Mastella Design, Pedrali, Morelia, Scab, Valdichienti etc. .. Two very talented designers that are contributing with amazing design creations to the world! 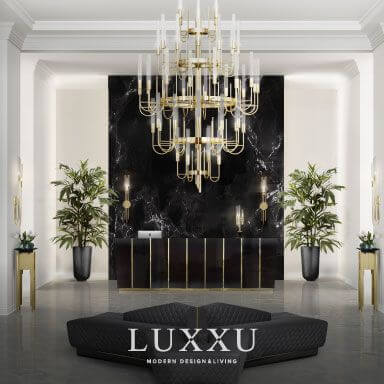